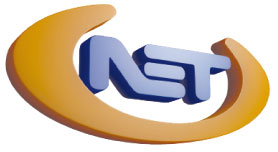 Long before TV Streaming Malta, the television ‘box’ as we know it was introduced in Malta in 1959 and since then, there have been several players in the Maltese broadcasting industry.  The most popular being TVM, Net Television, One Television, Smash TV, and the Favourite Channel.

Two of the Major stations, being Net TV (Nationalist party) and One Tv (Labour Party) are partisan stations and are mainly funded through the political parties who use them to reach their followers across the radio waves.

The national channel and state owned channel is known as the PBS, or Public Broadcasting Services.  It is also a member of the European Broadcasting Union.

The Broadcasting Authority in Malta oversees all the local broadcasts to ensure standard practices and guidelines are respected.  All television stations in Malta are bound to adhere and comply with due obligations on various sensitive subjects, mainly related to social, and economic disclosures.  The authority also ensures that the media content is suitable to broad audiences.

Not long ago, television viewers in Malta were limited to the local stations, and some Italian and british stations for their entertainment, yet the dawn of cable television helped to offer a wider selection of programmes to reach an ever wider audience than ever before.  Melita Cable is mainly responsible for the introduction and distribution of cable television service in Malta and has been an heavyweight in this field since the industry’s early roots.

The dawn of high speed internet, meant that Television stations in Malta now had an even greater reach, where it would be possible for viewers to stream Maltese Stations from across the globe.  TV Streaming Malta has facilitated communications between relatives, friends, and acquaintances who are separated by thousands of miles of land and sea.  Now, you can watch Tv the traditional way, or have it displayed on screens or multiple devices from your home and office space in Malta or abroad.

TV Streaming Malta stations featuring local celebrities are keenly followed in Malta, and are especially popular during family get togethers.  A popular setting would be that of a family, or a group of friends glued to the screen on a Friday evening watching ‘Xarabank’, Malta’s most popular TV show, whilst voicing their opinions about the discussed issues, and the speakers present.

You can watch popular TV Streaming Malta stations directly from your PC, Smart TV or handheld device from the links at the top of this page.